Enjoy all the Island of Hawaii Has to Offer

Relaxation, Recreation and Exploration in Kailua-Kona and Elsewhere on the Big Island 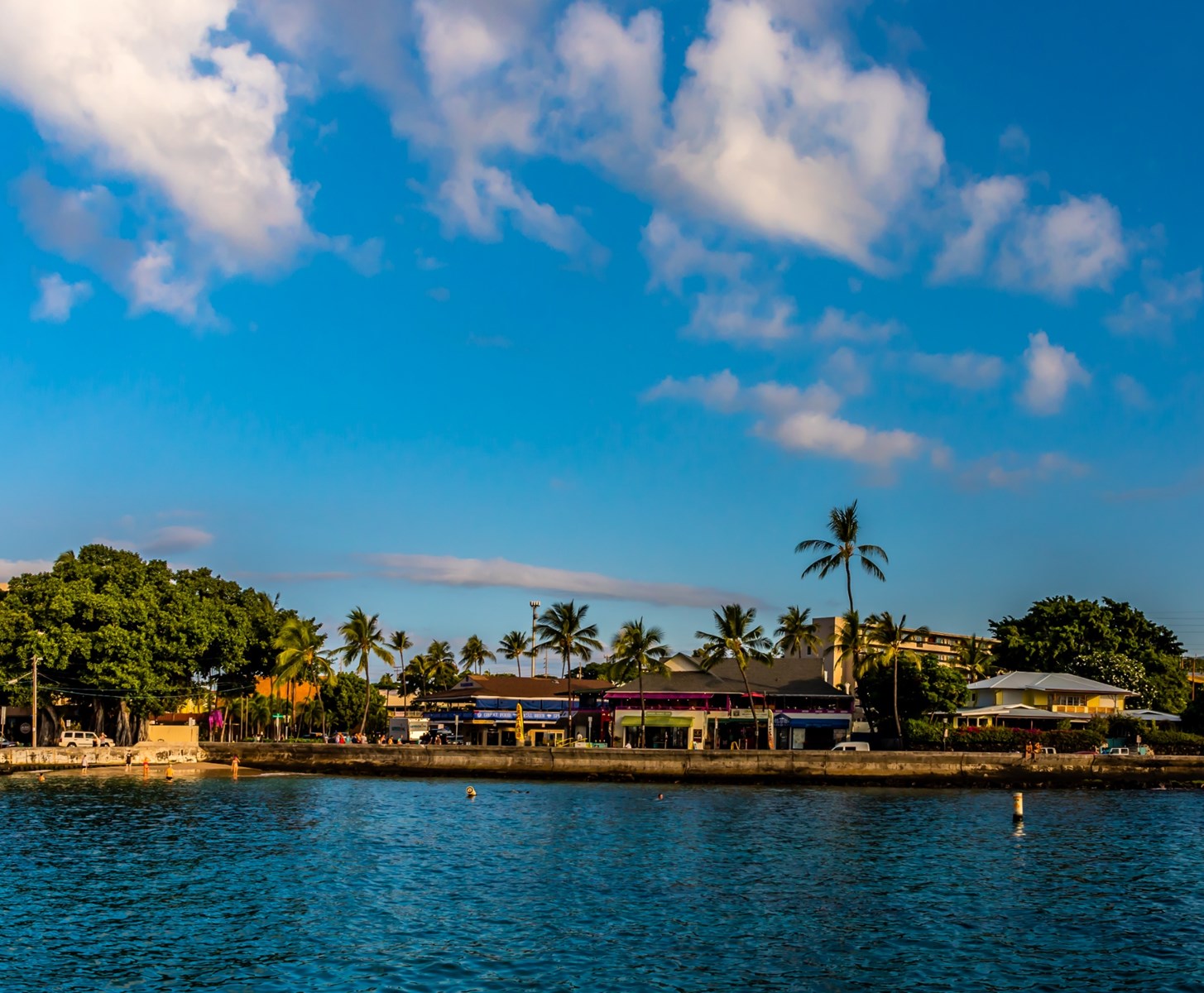 There’s a very old saying on the Island of Hawaii – perhaps as ancient as the island itself – “Aloha ʻĀina,” or in English, “love of the land.” It’s about the spiritual and cultural connection between the Hawaiian people, their environment and all life within it. And while the phrase is part of what defines native Hawaiians and their history, it also underscores the appeal for visitors, whether here in Kailua-Kona or elsewhere on the Big Island.

Even as an outsider, it’s easy to understand Hawaii’s appeal. With lush rain forests, beautiful white (and sometimes even black and green) sand beaches, mountains, volcanoes and seemingly countless waterfalls … the state shimmers like a rare gem in the Pacific. It’s truly an ideal destination for relaxation, recreation and exploration.

Let’s take a closer look at why so many vacationers and residents alike are drawn to this captivating Island of Hawaii.

Beautiful Big Island Beaches & Resorts in Kailua-Kona and Beyond

Here at United Country Real Estate | Hawaii Lifestyle Properties, we call Kailua-Kona home. Our office is on the western coast of the Big Island amid the districts of South Kona and North Kona, where the Hualālai Volcano meets Kailua Bay. This side of the island is typically less windy, more sunny and drier than on the eastern coast, making it a renowned tourist destination with beautiful beaches, luxury resorts and amazing golf courses.

Kona’s beaches certainly stand out, and popular options include Kahaluu Beach Park, Makalawena Beach and Magic Sands (AKA White Sands) Beach Park. With its small, tranquil lagoon, Kamakahonu / King Kam Beach is a great one for kids or beginning paddleboarders, and it’s close to area shops and restaurants.

Head north from Kailua-Kona to the Kohala District (one of six unique regions on the Big Island) to discover Hapuna Beach State Park and the island’s largest white sand beach. There are almost too many beaches to mention on the island, so your best bet may be to consider outings based on district or intent. For example, some spots are known for excellent snorkeling (Kealakekua Bay comes to mind), while others are ideal for swimming, surfing or fishing.

But we would be remiss not to mention Black Sand Beach, also called Punaluʻu Beach, between Pāhala and Nāʻālehu on the eastern coast. A bit rough for swimming but it’s popular for picnics and strolling past lounging green sea turtles. The equally unique Green Sand Beach (or Papakōlea Beach) near the island’s southern tip in the Kau District is remote, accessible only by foot but quite stunning.

If you want to learn about the history and culture of Hawaii and its people while also exploring outdoor recreation, you should definitely check out the island’s four national parks and some of the 14 state parks.

Farther inland at the heart of Hawaii Volcanoes National Park are the Kilauea Volcano and Mauna Loa Volcano — the latter being the world’s largest volcano, and one of five that form the Big Island. Visitors can view eruption activity and learn about cultural ties to these volcanoes. Just 10 minutes from Kailua-Kona, Kaloko-Honokohau National Park has serene waters for swimming, along with ancient temples, fishponds and petroglyph fields.

Head another 40 minutes south down the western coast to experience Puʻuhonua o Honaunau National Historical Park and its 180 acres of land marked by historic, sacred structures. Travel around the same distance north from Kailua-Kona to reach Pu’ukohola Heiau National Historic Park on the Kohala Coast, home to more ruins, including a temple built by King Kamehamea I.

Last but not least is the Ala Kahakai National Historic Trail (or “King’s Trail”), which offers 175 miles of gorgeous scenery, along with shorter individual hiking trails, as you weave past historic and cultural landmarks.

Other Attractions and Adventures on Hawaii’s Big Island

While Hawaii’s beaches and parks are glorious in their own right, sometimes it’s nice to switch things up and explore other attractions and adventures on the Big Island — or in some cases, way out on the water.

Wildlife in Hawaii is treasured, often protected and there are several places to view both native and exotic animals. From zebras to reptiles, spider monkeys to lemurs and farm animals galore, there’s a lot to see. The Panaewa Zoo and Gardens in Hilo is the only zoo in the United States within a tropical rainforest. Another rarity is Three Rings Exotic Animal Sanctuary, the only fully-accredited, USDA licensed operation of its kind in the state. You might also check out Big Island Farm Sanctuary in Naalehu with 25 private, off-grid acres devoted to animal rescue and public education. 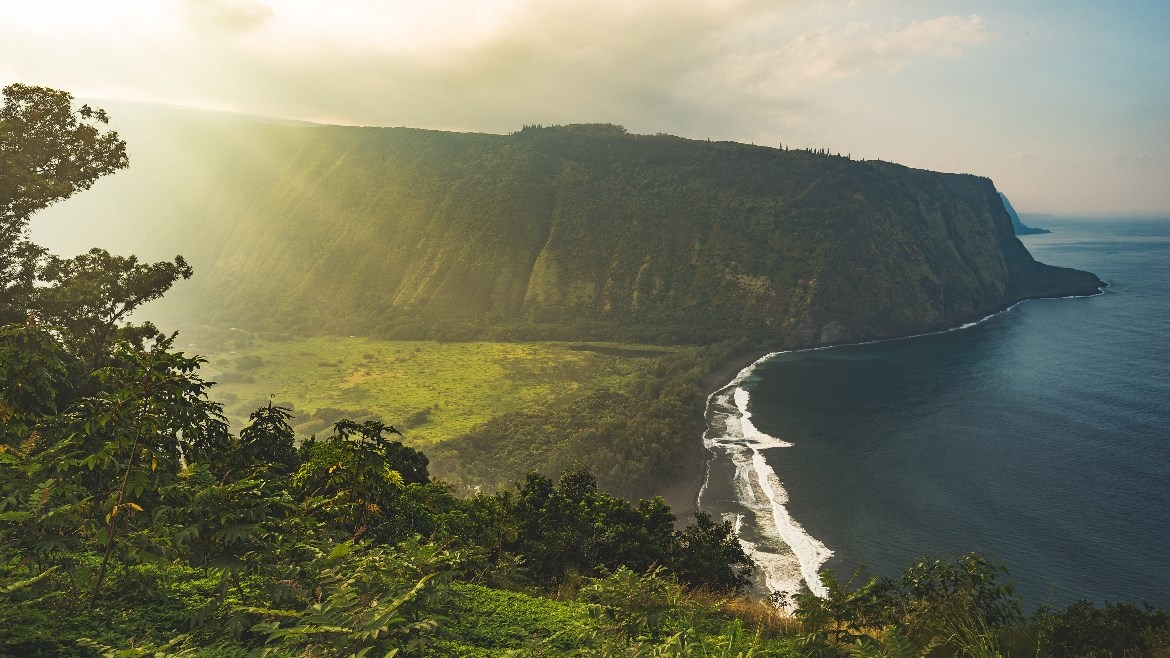 The importance of Hawaii’s plant life, and commercial agriculture in particular, is apparent via the many farm tours available on the Big Island. You’ll find tours for chocolate, vanilla and macadamia nut farms here (among others), but the Kona Coffee experiences are at the top of the list. In fact, these globally known beans get some shine every year at the Kona Coffee Cultural Festival and competition. Hawaii’s farmers markets are also popular and plentiful, and dining options on the island range from extremely casual to upscale, with food trucks, luaus, sit down restaurants and more.

After a day of shopping on the Big Island, you may feel the outdoors calling again. Head back to the water for a night dive among giant manta rays, charter a boat for whale watching or go deep sea fishing for skipjack, ahi tuna and massive billfish. If you’d rather stay on dry land, ziplining adventures are abundant and fun, particularly in Hilo. Not a fan of heights? No worries, you can always tour Hawaii on horseback or rent a bike.